While Tuesday’s win at Mansfield was all about attractive football, The Bluebirds showed another side to their game against The Bantams, grinding out their first home league win of the campaign.

Brown’s second goal for the Club midway through the second half proved the decisive moment, while City were reduced to ten men just before the break when Levi Sutton was shown a red card.

David Dunn made one change to his side as Josh Kay – ruled out after being tested positive for COVID-19 – was replaced in the starting line-up by eventual hero, Brown.

After a hugely scrappy start, a slick move from Barrow lead to the opening goal. Luke James nipped in between two defenders in the area to feed Jason Taylor, who slalomed along the edge of the box to find Connor Brown and the wing-back took a touch before sending a low drive right in to the bottom corner of the net for 1-0.

Mike Jones went searching for a second moment later when he found enough room twenty-five yards out to let fly but his wind-assisted drive flew wide of the post.

Patrick Brough could have grabbed his second goal of the week when he met Jones’ delightful free-kick in from the right but the defender put too much on his header and it looped over.

Dior Angus was next to try his luck as The Bluebirds continued to dominate; the front man stormed through the inside-right channel before unleashing a powerful shot which was pushed round the post by City keeper Richard O’Donnell.

Barrow came ever closer from resultant corner when Jones’ swirling corner found Sam Hird at the far post and his downward header was cleared off the line by a Bantams defender.

The visitors looked a little more dangerous at the start of the second half but had the best early opening when Matt Platt nodded a free-kick back across goal to Angus whose glancing header just lacked the power to beat O’Donnell.

Bradford had their first shot in anger on the hour-mark when Clayton Donaldson wrestled himself in to a shooting position on the right corner of the area but then dragged his left foot effort wide of the front post.

Angus then had a brilliant opportunity to make it 2-0 on the counter-attack when Brough’s incisive ball out of defence sent the Bluebirds front man away but, after outpacing the City defence, he couldn’t quite beat keeper O’Donnell who did well to spread himself to block the shot.

Substitute Dylan Mottley-Henry found enough space to have a go from range at the other end but Joel Dixon got his body right behind the effort.

City couldn’t really make any inroads against a resolute and determined Barrow backline and Dunn’s side held on for their first league clean sheet and consecutive victories in the Football League since April 1972. 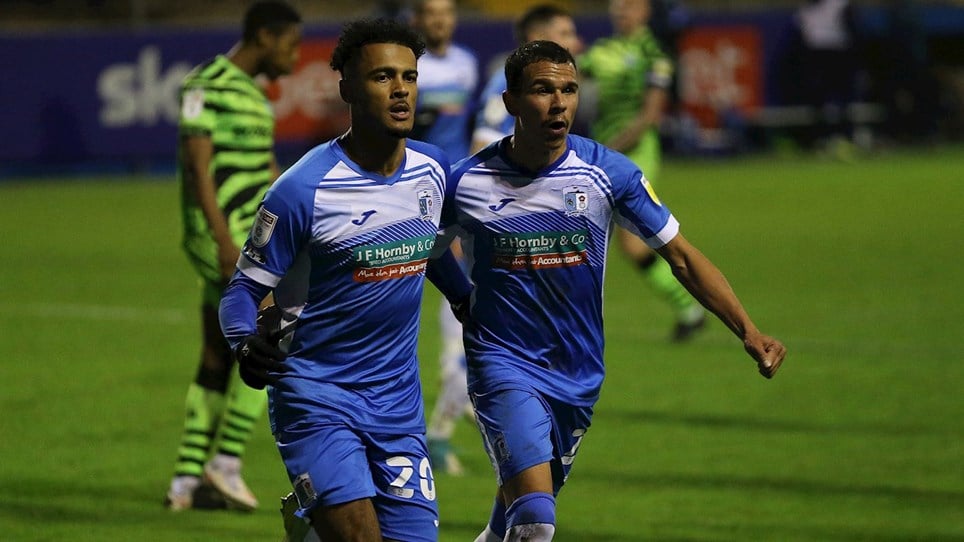 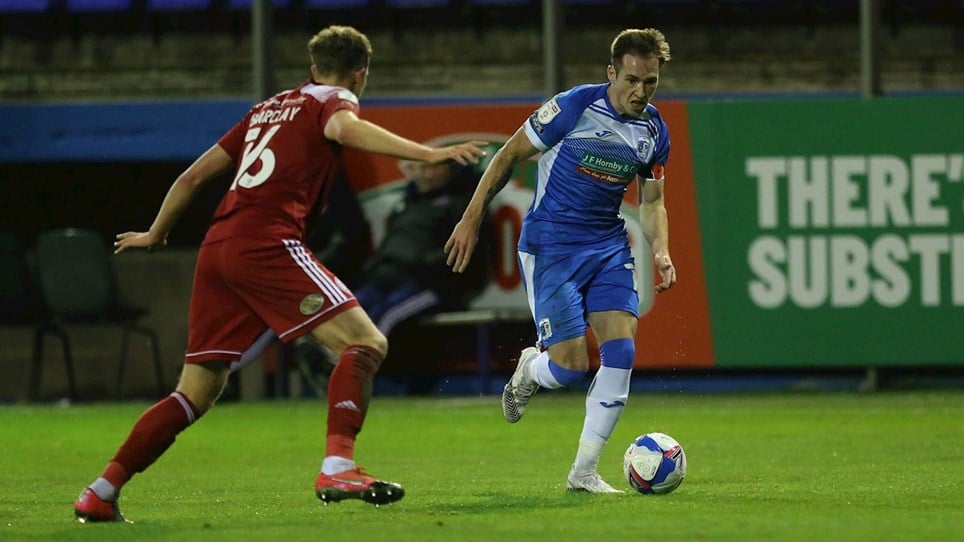 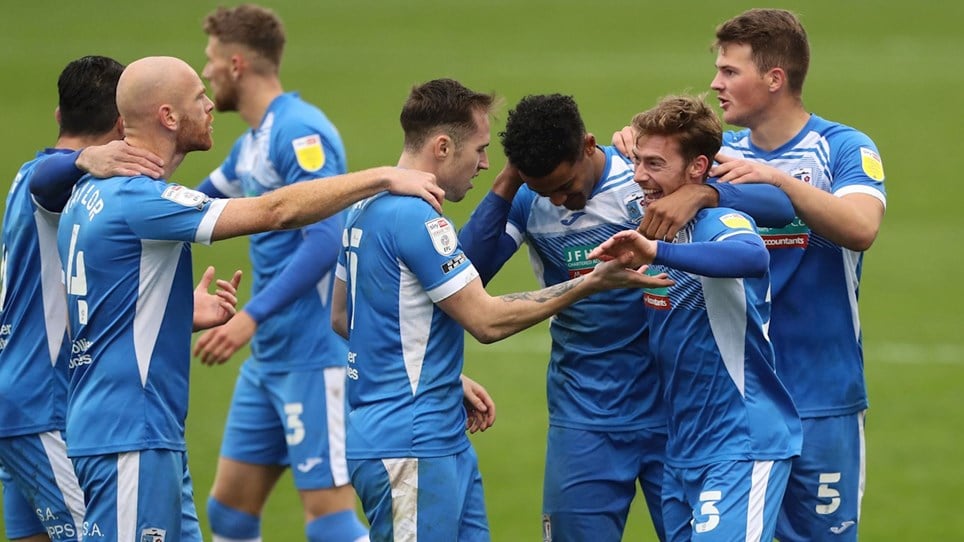 
Barrow were made to wait for their first league win of the new season despite twice leading against Walsall at The Progression Solicitors Stadium on Saturday. 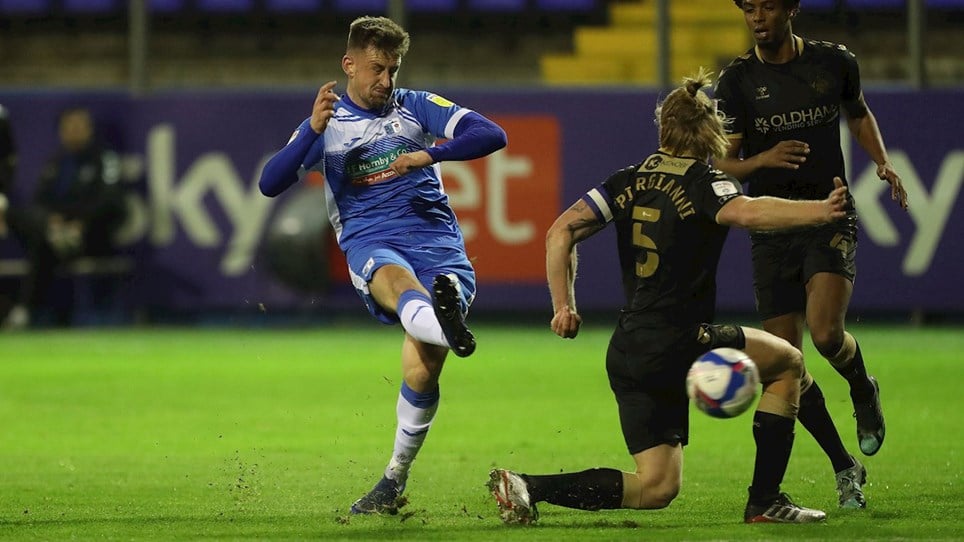 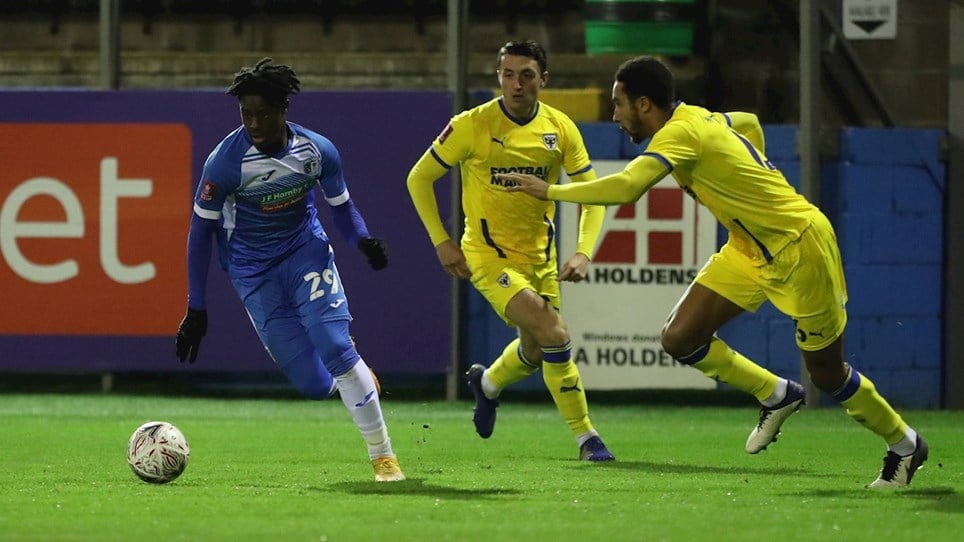 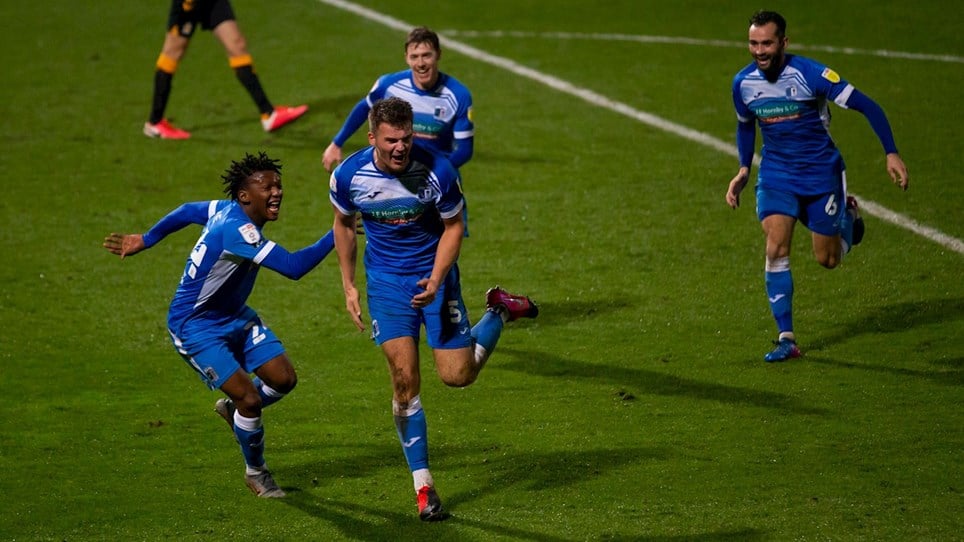