We take a closer look at the action as The Bluebirds prepare to kick-off their campaign in the Carabao Cup this weekend.

In Opposition
Barrow will lock horns with Derby County for the first time in over 60 years this weekend when the sides come together in the First Round of the Carabao Cup at Pride Park.

Not since January 1957 and a 3-3 draw in Division Three North have the two sides shared a pitch and there will be plenty of interested onlookers when they cross swords again on Saturday.

The Rams will be keen to get off to a strong start, particularly on home soil, as Phillip Cocu looks to deliver the dream of a return to top flight football.

County finished six points shy of the play-offs last time around but the former Dutch international will be hoping that his squad – which includes England’s all-time record scorer Wayne Rooney – can improve on last term’s 10th place finish when they get down to business in 2020/21.

Team News
Barrow will be without Scott Quigley due to suspension as the front man begins a three-game suspension after his sending-off in the game against Notts County at the end of last season.

The Rams will miss Welsh international Tom Lawrence who is still recovering from a shoulder injury picked up at the end of last term, while Polish international Krystian Bielik is still sidelined with knee trouble.

Referee
Ollie Yates will be the man in the middle for Saturday’s Carabao Cup contest – the second time he has taken charge of a game involving The Bluebirds.

However, you have to go back to the early stages of the 2015/16 campaign for that match when Yates oversaw our 1-1 draw with Guiseley in the National League.

Betting
The bookies have installed Derby as 2/5 favourites for victory this weekend, with Barrow available at a price of 6/1 and odds of 7/2 on the game going to penalties.

Television Coverage
The game is being broadcast live on Sky Sports Main Event and Sky Sports Football – the programme begins at 11.30am on Saturday morning.

iFollow Bluebirds
You can listen to full live online commentary of Saturday’s game on iFollow as we link-up with BBC Radio Cumbria to deliver full coverage of every single game during 2020/21.

Competition Rules
If Saturday’s game is all-square after ninety minutes there will be no extra-time played – the tie will go straight to a penalty shootout. 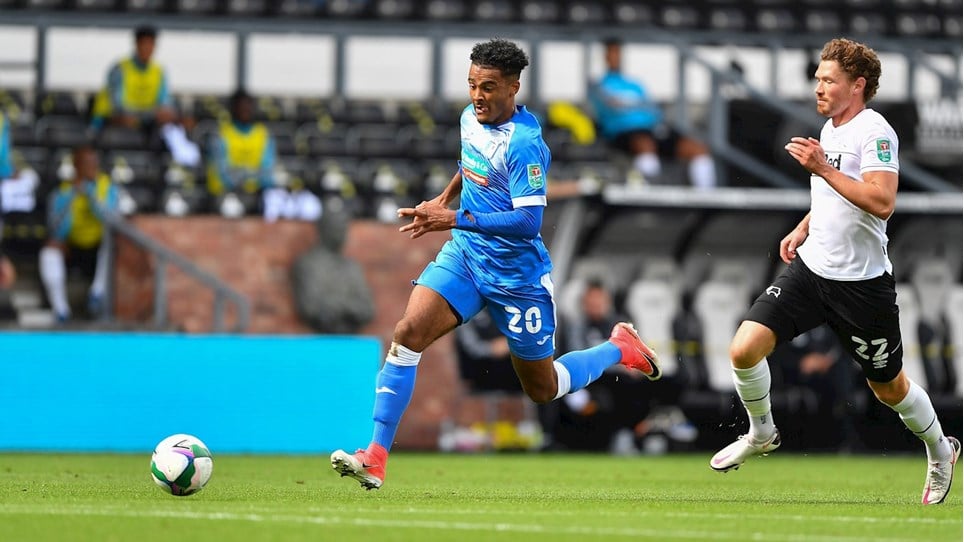 
Barrow are set to open the new campaign with a trip to Championship outfit Derby County in the First Round of the Carabao Cup. 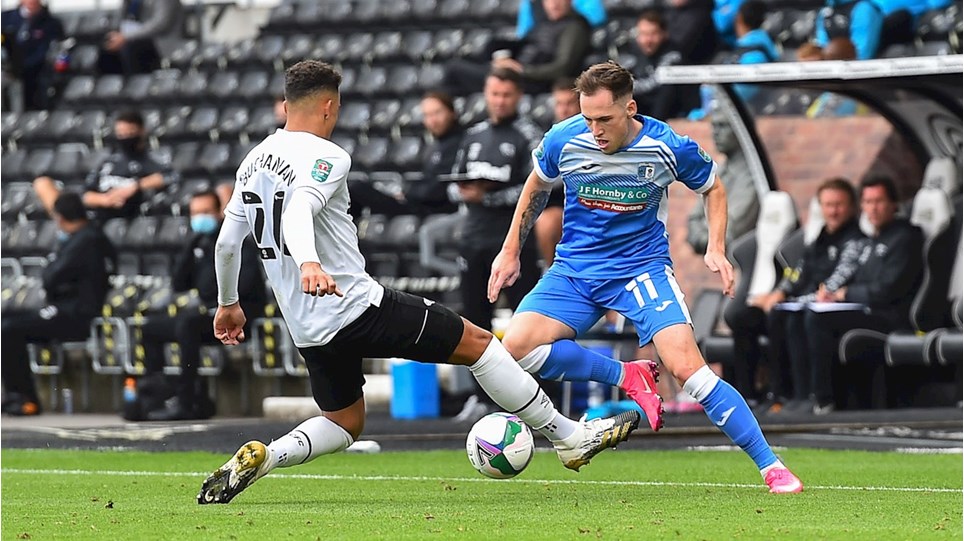 It's A Great Opportunity For Us - Dunn


David Dunn has encouraged his players to express themselves on Saturday as they begin 2020/21 with a televised Carabao Cup tie at Championship Derby County.