Phil Yelland dives in to the history books to revisit some of our previous home encounters with this weekend’s visitors.

Colchester United are one of those sides who we did not meet until after the creation of Division Four and their first ever trip to Holker Street came in March 1962.

We were enjoying a decent season but United were going for promotion - something that they achieved at the end of the season. However, their visit to Furness ended in defeat in front of 3,672 fans. The margin of defeat was a surprise 4-0, with goals from four different scorers – Stan Howard, Jackie Maddison Johnny Kemp and Jackie Robertson were all on target in a game which saw a Football League debut for Brian Arrowsmith. 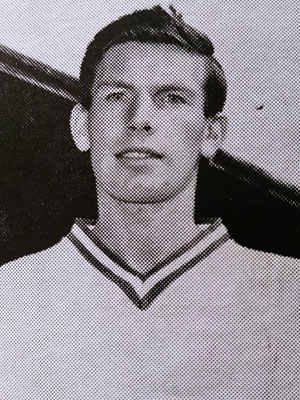 The clubs did not meet again until the 1965/66 season when, following relegation, The U’s were again looking to win promotion back to the Third Division at the first attempt. However, their trip to Holker Street early in the season once again ended in a 3-0 defeat. Barrow were in the process of building the team to win promotion the following season and the goals came from two players who took part in that triumph – Alex Alston and Jim Mulholland. The third scorer was Bobbie Tait, who moved to Chesterfield in the summer of 1966. 5,378 fans watched the triumph.

By the time Colchester travelled to Furness again, both teams were in Division Three. The early season meeting at Layer Road had seen United win 3-2 but now Barrow followed up their previous 4-0 home triumph over Northampton Town at the start of November 1967 with a 5-0 trouncing of The U’s. Dave Storf struck a hat trick – one of two he scored during his time with the Club - while Jim Mulvaney and a Terry Price on goal completed the story in front of 5,685 fans. Colchester were relegated at the end of the season.

The clubs next met in Division Four over Barrow’s final two seasons during that spell in the Football League. United picked up their only win to date on August Bank Holiday in 1970 when they won 2-0 in front of 2,422 – this was the fourth game in a run of 17 games before the first league win of the season arrived.

The following season, Colchester’s visit in early November 1971 was an entertaining affair. Barrow led twice through defender Bert Patrick and Jim Irvine but they were pegged back twice and a 2-2 draw in front of just 1,890 fans was about right on the balance of play.

Our most recent encounters with The U’s came after they lost their Football League place in the summer of 1990.

The Essex outfit came to Holker Street that September and played out an entertaining encounter with Ray Wilkie’s side, who were starting an unbeaten league run which was to stretch to seven games. Just like the last Football League fixture, the game ended 2-2 with both Barrow goals coming from Colin Cowperthwaite in front of 1,414 fans.

Our last meeting here came in August 1991 close to the start of a season which was to see us relegated and The U’s confirmed as Conference champions. It was our first home game of the season and ended 1-1 with Colin Cowperthwaite once again on target in front of 1,480 fans.

Our last meeting was on the last day of that season at Layer Road when Colchester were crowned champions; we were already relegated and lost 5-0.

So, can we make it four wins in eight games against The U’s here on Saturday?