Barrow’s historic return to the Football League is set to be celebrated with a new exhibit at the National Football Museum in Manchester.

The Bluebirds claimed the 2019/20 National League title to clinch a place back in the League for the first time since the Club was relegated in 1972.

Now, visitors to the National Football Museum will be able to learn more about the story after several special items were donated to be displayed.

Long-serving director Sid Blain has been the driving force behind the idea and he travelled to Manchester personally last week to deliver the items donated by the Club for display.

“As someone who was around and supporting the Club in 1972, the fact we are now back in the EFL means so much to me and to all Barrow fans,” explained Sid.

“What took me by surprise was just how much important the curator at the National Football Museum and all of her colleagues attached to us getting memorabilia to display and thus permanently marking our achievement of returning to the Football League.

“I want to say a special thanks to Ray Maguire and Phil Collier for their very kind donations which will be enshrined within the Musuem forever where they can be enjoyed by all visitors.

“I am so proud that the name of our Club will now be alongside England, as well as teams from the Premier League and many other exhibits.” 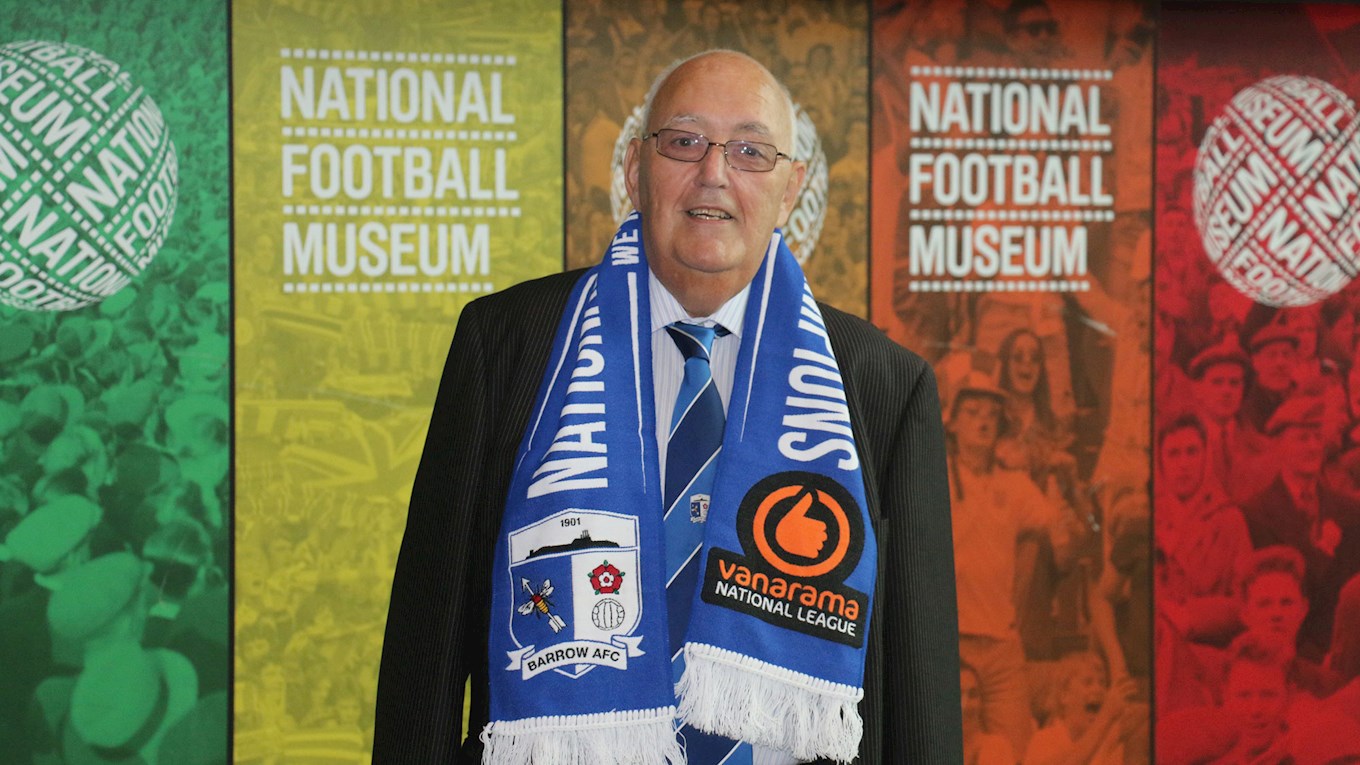 Among the items passed to the Museum are the shirts of last season’s top scorer Scott Quigley and Club Captain Josh Granite, which were kindly donated by their respective sponsors Ray Maguire and Phil Collier.

The Museum were also given a Match Programme from last season and one from the opening day of 2020/21, as well as a special scarf celebrating the Club’s promotion from the National League as Champions.

Belinda Scarlett, Curator at the National Football Museum, said: “We are delighted to acquire such amazing objects from Barrow’s remarkable journey last season.

“These items tell the story of a club’s return to League football after an absence of half a century. The museum can now preserve these important moments for the future and celebrate them in our displays.

“At the museum we tell stories about football from all levels of the game and Barrow’s story is a fantastic one that really sums up why football is the Game of Our Lives.”

The initial part of the exhibit is set to be unveiled in the coming weeks in a designated area for new donations before being moved to a more permanent position within the Museum.

The National Football Museum is currently open Thursday to Sunday between 10am and 4pm. People can turn up on the day but are encouraged to book in advance online where possible.

Click here now for more information and to make your booking.