To celebrate the EFL’s Day of Action, we teamed up with Bluebirds star Scott Quigley and the Community Trust to surprise a deserving Barrow supporter.

Bluebirds fan Jeff Holt and his wife have both had to give up work to care full time for his young son and, during a recent Team Talk session with the Club, he opened up about how important football and Barrow AFC is to him.

Attending games had become an invaluable part of his respite so the last twelve months, when fans have not been allowed inside stadiums, have proved particularly trying for Jeff.

To mark the EFL’s Day of Action, when clubs across the country celebrate their links with the community, we invited Jeff down to the stadium with a special surprise in store.

Whilst Jeff thought he was meeting Community Trust Manager Craig Rutherford to discuss an upcoming health and wellbeing project, he was really here to be presented with a voucher for a meal at The Dunes Hotel for him and wife, as well as some goodies for his children.

Then, Bluebirds top scorer Scott Quigley – fresh from finding the net in Tuesday night’s win over Exeter City – called Jeff on FaceTime to say that the Club were giving him a complimentary Season Ticket for 2021/22. 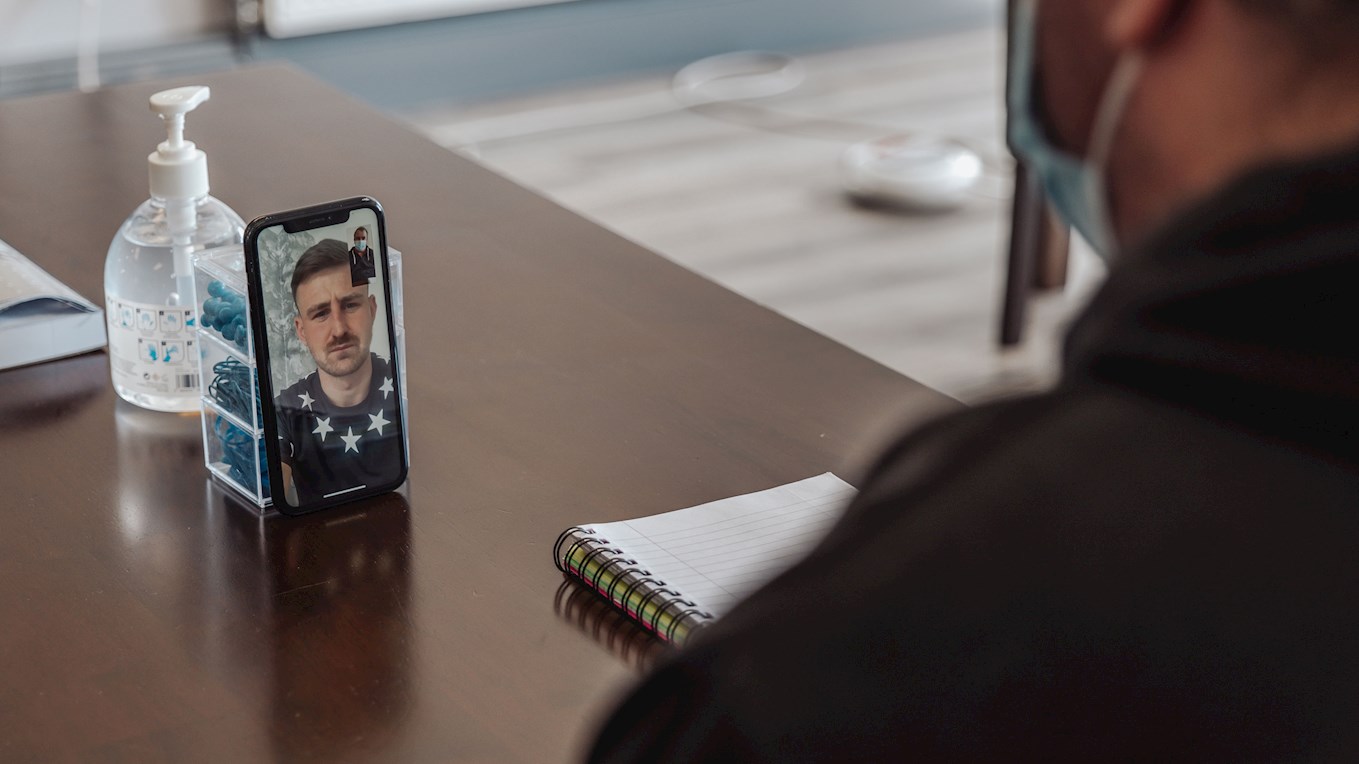 “It was a massive surprise, but I’m delighted,” admitted an emotional Jeff after the call from Quigley.

“My life is so full of care for him and sleepless nights, that coming to the football is the only time I really get to myself.

“That ninety minutes is just invaluable to me and it’s something I have really struggled with not having over the last year due to the coronavirus pandemic.”