Barrow fans will once again be asked to travel more than 9,000 miles to complete their League Two fixtures during the 2021/22 campaign.

The Bluebirds mileage total has increased by a couple of hundred to see it leap beyond the 9,000 mark for the new campaign with some big journeys ahead for supporters and Mark Cooper’s squad.

Our shortest trip of the campaign will be for the derby at Carlisle United in November (Brunton Park is 85 miles away), though our September journey to Bradford City is also relatively short with The Utilita Stadium just over 86 miles from Barrow.

The longest outing of the season will be to Crawley Town in April – the Red Devils’ home is over 328 miles away from Holker Street, while Exeter City isn’t too much closer at just short of 327 miles.

New National League champions Sutton United provide us with a 620-mile round trip but thankfully Hartlepool United – who were promoted alongside The U’s – are located just 125 miles from Barrow. 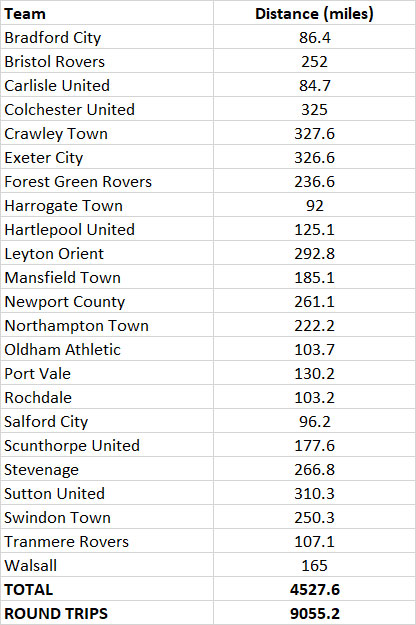