Barrow boss Mark Cooper has bolstered his attacking options ahead of the return to League Two action by clinching a deal to bring versatile forward George Williams to Holker Street.

The Welsh international, who can play through the middle or on the wing, was released from his contract at Grimsby Town and has now signed a one-year deal, plus a further year option, with The Bluebirds.

Born in Milton Keynes, Williams was nurtured in the MK Dons Academy and came through the ranks to make his first senior appearance just a couple of months after his 16th birthday.

His First Team debut was one which created history as he was on target in MK Dons’ 6-0 FA Cup win over Nantwich Town, which meant he simultaneously became the youngest player to score in the history of the competition as well as the youngest to net in a Dons shirt.

Williams’ rise drew attention from higher division clubs and Fulham paid an undisclosed compensation package to MK Dons to take the youngster to Craven Cottage in 2012.

He did go back to Stadium MK in 2014/15 when he spent time on loan with his boyhood club, but a serious knee injury cut short his stay and he returned to Fulham.

Further loans to Gillingham and St Johnstone followed, as well as another to MK Dons, before he made a permanent switch to Forest Green Rovers in 2018 when he first worked under Bluebirds boss Cooper.

Williams went on to score eight goals in 42 appearances at The New Lawn and Cooper has remained an admirer of the talented forward so jumped at the chance to bring him to Holker Street. 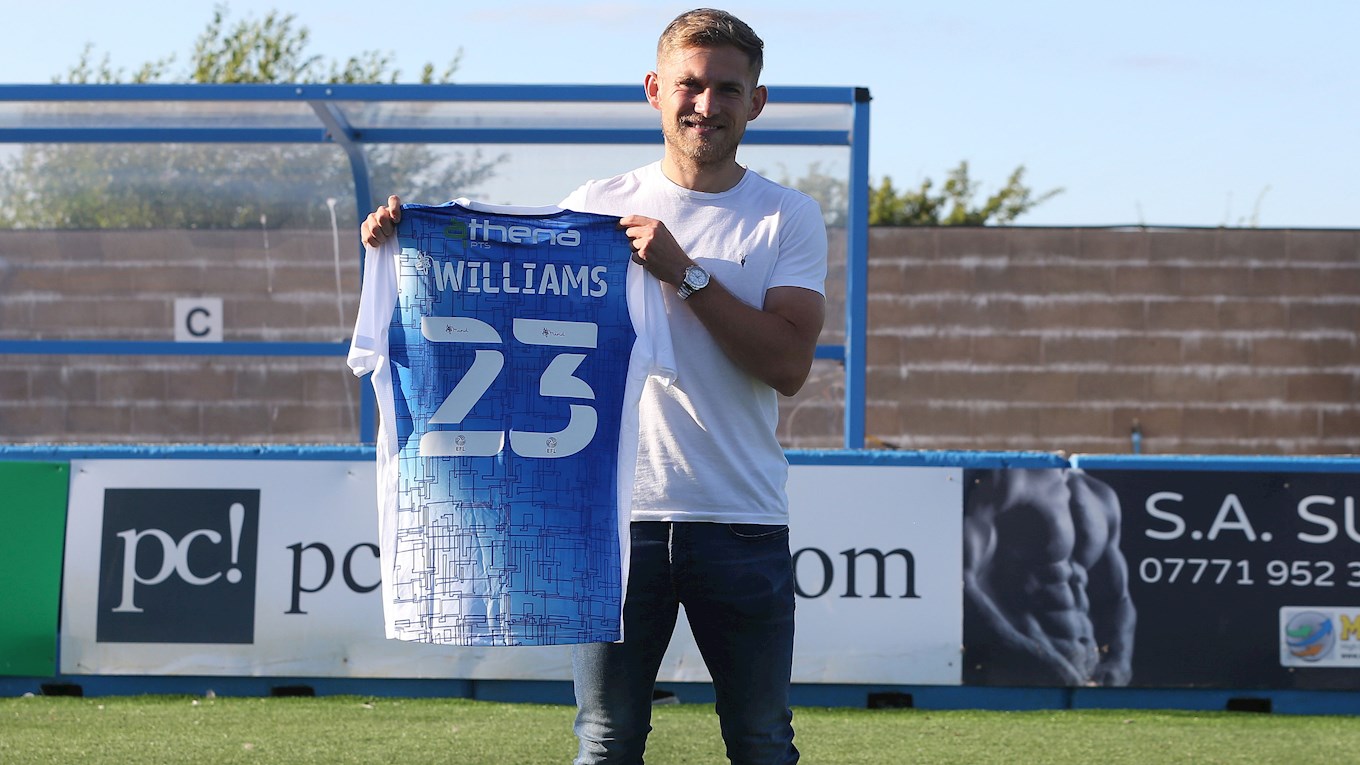 “I think he’s different to the other forwards that we have got,” explained Cooper.

“He can score goals out of nothing, he can dribble past people, he can score free kicks and he’s an international who has real quality.

“He has had a bit of an unlucky time with injuries at points in his career, but I know that if we can keep him fit then he will be a very good player for us, so I am delighted to have signed him.”

The 25-year-old made his international debut for Wales against Holland in 2014 and was also part of the Welsh squad which reached the semi-finals of the European Championships in 2016.

Williams has been handed squad number 23 and will go straight into contention to make his Barrow debut against Hartlepool United this weekend.