Barrow’s League Two games were watched by an average online audience of just under 2,000 during the 2020/21 campaign, iFollow figures have revealed.

A cumulative total of 84,626 fans logged-on to watch The Bluebirds in action across their 46 fixtures, which brings the average figure to 1,840.

The most-watched Barrow game of the season was at Bolton Wanderers in February where 6,410 people were streaming live on iFollow, while 6,047 watched our trip to Bradford City the previous month.

Home games were streamed by an average of 1,599 fans, though it should be considered that supporters were allowed into the stadium for games against Salford City, Cheltenham Town and Tranmere Rovers which saw a natural drop in online viewing figures.

Our highest online attendances for games at The Progression Solicitors Stadium both came in October when 3,126 watched our meeting with Bolton and then 2,317 logged-on for Bradford’s visit.

Throughout the course of the campaign, an average of 565 Season Ticket holders watched our home games online – though this figure rises to 620 if you only consider those played behind closed doors.

Away from home, our highest virtual travelling support was the 698 which cheered the lads on online at Carlisle United in October – a figure matched for our crucial victory at Walsall in March. 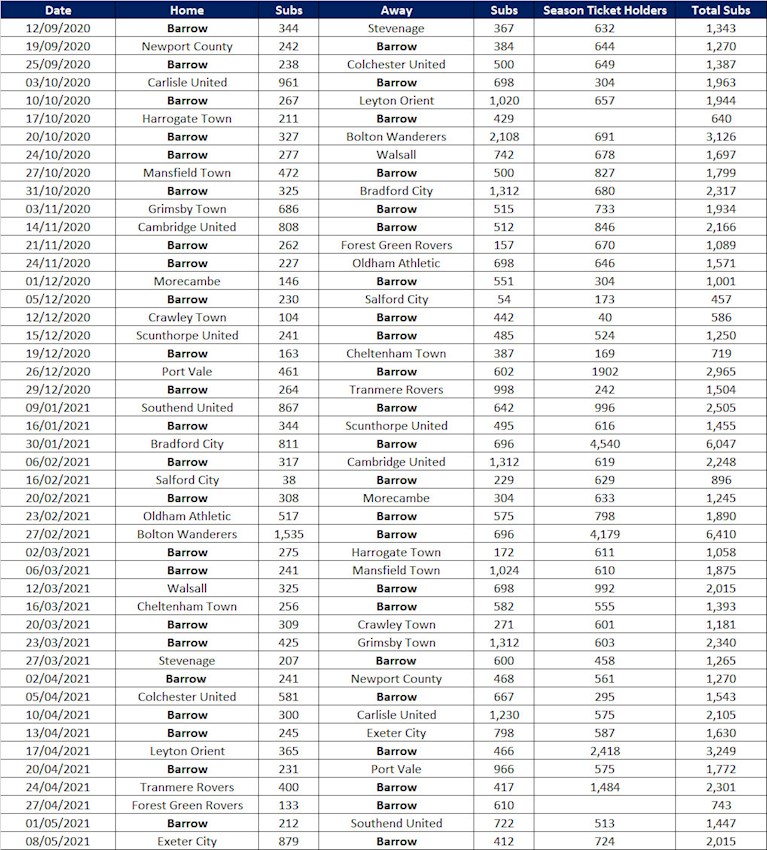