Barrow AFC is delighted to confirm the appointment of Mark Cooper as the Club’s new First Team Manager.

Cooper has signed a three-year deal with The Bluebirds and has named Richard Dryden as his Assistant Manager at The Progression Solicitors Stadium.

The 52-year-old brings a wealth of experience to the role having managed over 400 games at EFL level during spells at Peterborough United, Swindon Town, Notts County and Forest Green Rovers.

Cooper’s most recent assignment at Forest Green saw him spend five years in the hotseat, clinching a historic promotion to League Two during his first season in charge at the club.

He went on to help the Gloucestershire outfit establish themselves at the higher level before taking them to the very brink of automatic promotion to League One during 2018/19 after which they suffered play-off heartache.

“I’ve had five years at one club, and now I am really looking forward to the new challenge here at Barrow,” Cooper told us.

“The Board and the owners have done everything they could to try and get me; they made it clear that they wanted me, and they want to try and evolve to make Barrow a strong force in League Two.

“One of the biggest things we’re looking forward to is seeing fans back in the stadium because it is a really hostile environment when they’re there. I know they’ll be desperate to get back in regularly and get behind the lads in the Football League for the first time in nearly 50 years.

“We have to use that support, get the fans behind us and engage with them. I think they will love the way that we’re going to play so I am looking forward to seeing the place rocking and making it an intimidating atmosphere for our opposition.” 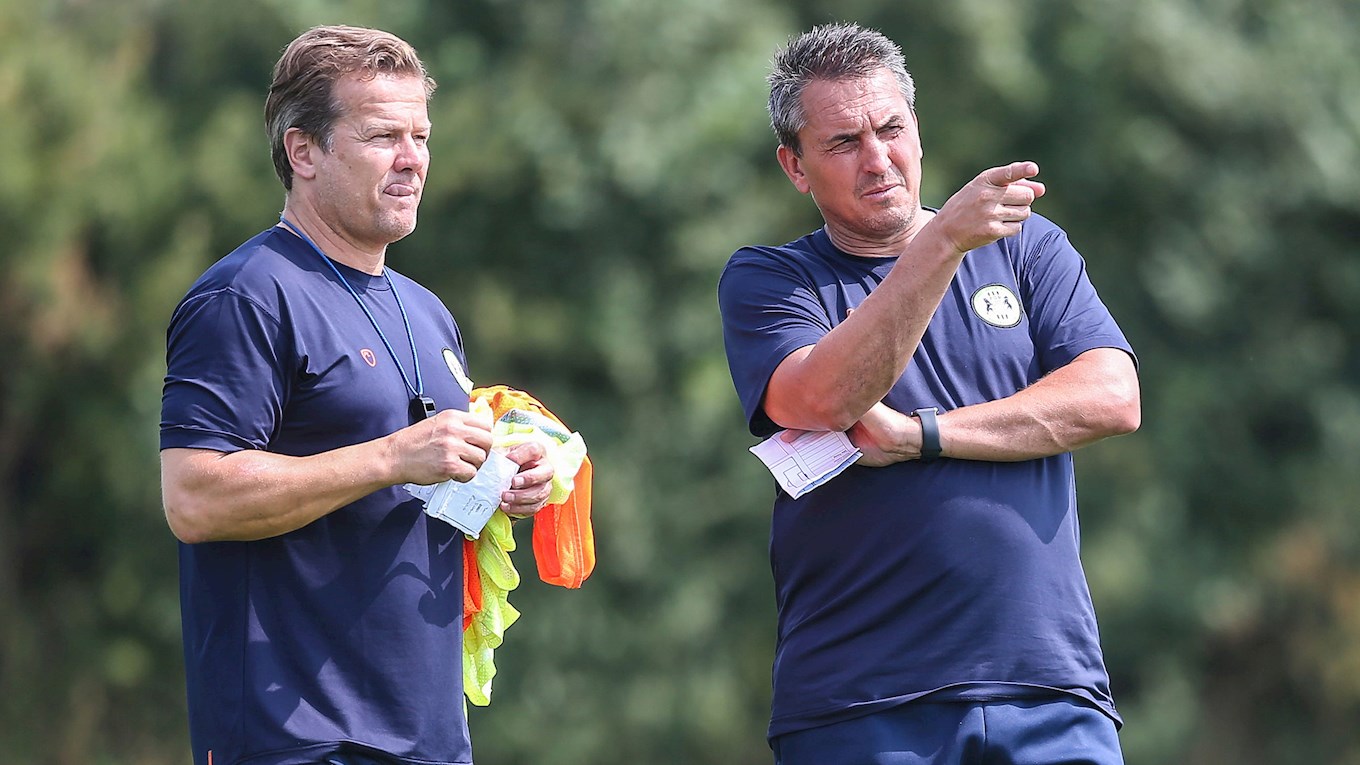 A goalscoring midfielder during his playing days, Cooper first turned to management with Tamworth in 2004 before going on to lead Kettering Town to the National League North title in 2007/08 and the Fourth Round of the FA Cup the following year.

A short stint at the Peterborough United helm followed before Cooper took charge at Darlington where he engineered a creditable seventh-place finish in the National League and took The Quakers to FA Trophy glory at Wembley.

After another spell in charge at Kettering and a short stay at AFC Telford United, Cooper moved to Swindon, originally as assistant before taking the reins shortly before the start of the 2013/14 season.

Cooper weaved his magic again, finishing eighth in League One during his first season in charge and then leading The Robins to the Play-Off Final the following year.

He successfully steadied the ship at Notts County after being handed a short-term contract in March 2016 but opted to move on and take up the challenge at Forest Green that summer.

“We are absolutely delighted to welcome Mark as our new Manager,” said Chairman, Paul Hornby.

“As soon as we knew of his interest, we ensured that we pulled out all the stops to bring him to the Club.

“Mark’s experience was just what we were looking for in this league. However, more than that, after speaking with him you can sense that he’s a winner, which is exactly the type of mentality this Club needs as it embarks on an exciting second season in League Two.

“It really feels like a huge step that Mark considers Barrow can match his own ambitions for success and it shows how far we’ve come and that we’re moving in the right direction.”