We take an in-depth look at the weekend action as Crawley Town make a League Two visit to The Dunes Hotel Stadium.

In Opposition
After an encouraging start to the new campaign, Crawley Town are going through a tricky run of form having lost their last six games in all competitions.

John Yems’ side had eyes on a play-off berth following an excellent away win at Rochdale at the beginning of last month, but their recent sequence of results has seen them drop to 20th in the League Two table.

Having finished in mid-table last term, fans will hope that they can recover their best form quickly and yet have a say much further up the table this time around.

One To Watch
Crawley have scored three goals in the last six games – and all three of them have come from front man Kwesi Appiah who has made a promising start to life with the club.

Appiah joined The Red Devils in August after returning from a spell playing in the Indian Super League and he’s already hit the net seven times in all competitions.

The 31-year-old’s form saw him shortlisted for the League Two October Player of the Month prize for Barrow will have to ensure they keep him quiet this weekend.

Head To Head
Whilst this weekend will see only the ninth competitive meeting between the two clubs, this is a fixture which has often produced a good amount of goals.

The last meeting – here in Barrow back in March – produced a five-goal thriller which was settled right at the death by Scott Quigley’s close-range finish as The Bluebirds drove towards League Two safety.

Indeed, Crawley have yet to taste victory in Barrow in four previous visits so will be hoping to break that duck on Saturday.

Referee
Samuel Barrott will be on duty at The Dunes Hotel Stadium for the first time this season when he’s on the whistle for our clash with Crawley Town.

The official, now into his second season on the list of EFL referees, last took in a Barrow game when we won 2-0 at Port Vale last term.

Fans will be able to listen to expert Bluebirds commentator Adam Johnson, who will be joined by John Goodwin to describe all the action as it unfolds against Crawley Town.

Betting
Barrow have been installed as 21/20 favourites for three points on Saturday, while visitors Crawley are priced at 12/5 for the victory and a draw is rated a 23/10 shot with our friends at Sky Bet.


We turn our focus to the weekend with a full and in-depth preview of Rochdale's visit to The Dunes Hotel Stadium. 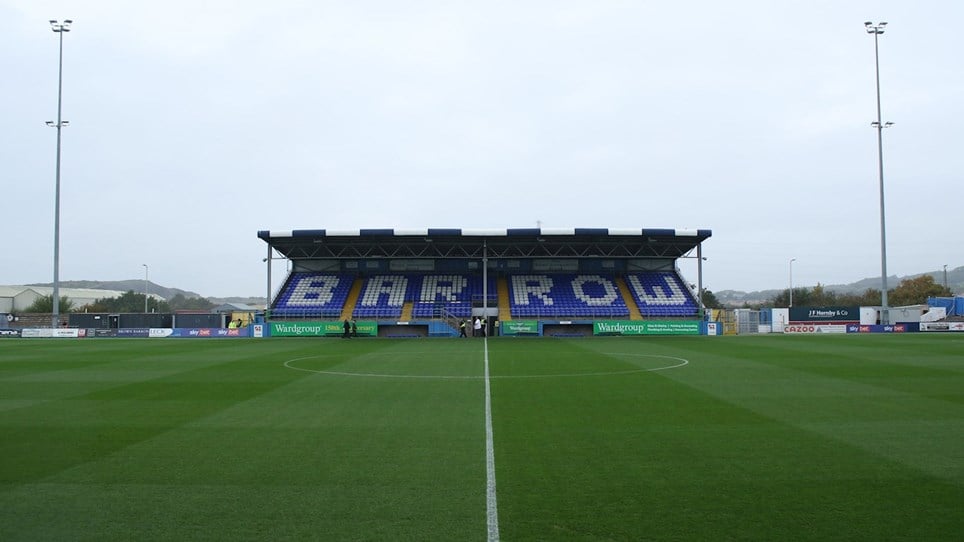