Phil Yelland takes a look at Scunthorpe United's previous visits to Barrow ahead of this evening's meeting in League Two.

Scunthorpe United visit Barrow for the 14th time on Tuesday night and The Bluebirds will be looking to continue their recent better record against The Iron.

Back in January, in the first Football League meeting here between the clubs since October 1971, Josh Kay’s second half strike secured three important points for us. Then, just two months ago, Dimitri Sea’s spectacular goal was enough to give us victory in the Carabao Cup First Round here – the first ever meeting between the clubs in a cup tie.

United’s first three visits to Holker Street after they joined the Football League in 1950 all ended in defeat. The first saw George King’s goal give Barrow success and the following two seasons saw Barrow win the home games 2-1.

However, as the 1950s progressed, Scunthorpe became one of the strongest teams in Division Three North, though they were hampered by the fact that only one team was promoted each season. They managed two third place finishes before finally winning promotion at the end of the 1957/58 season. Over those five campaigns, they won four times at Holker Street and drew once – the draw came in the 1955/56 season when Billy Gordon’s two goals earned us a point.

We met just once in Division Three during the 1967/68 season, at the end of the campaign as we were finishing eighth and The Iron were relegated. We had won 4-2 at the Old Showground earlier in the season and won 2-1 at Holker Street, with top scorer Dave Storf and Bobby Knox scoring.

Our final two meetings here with Scunthorpe were in the 1970/71 and 1971/72 seasons, by which time they had discovered Kevin Keegan. In 1970/71 we lost 2-1 with Eddie Garbett getting our goal. In October 1971 we came into the game having won for the first time since late August in our previous game at Stockport County. However, it was not the continuation of a revival as Scunthorpe won with the only goal of a poor game.

Let’s hope we can record our seventh win against them here this time around. 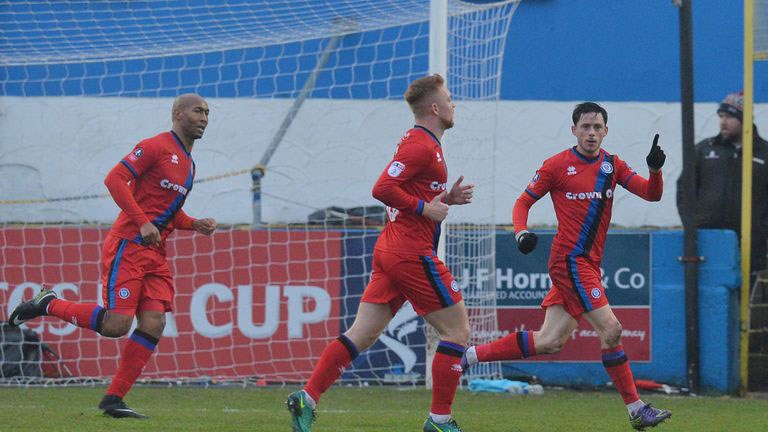