We turn our attentions to this evening's action with a full and in-depth preview of Scunthorpe United's League Two visit to The Dunes Hotel Stadium.

In Opposition
Scunthorpe United have suffered a frustrating start to the new campaign and arrive at The Dunes Hotel Stadium in the midst of a four-game losing streak which has left them bottom of the table.

Boss Neil Cox has had to contend with some bad luck on the injury and illness front so far during 2021/22 and the Iron chief also felt his side were on the wrong end of some poor refereeing decisions during the weekend’s 2-0 defeat to Forest Green Rovers.

Scunthorpe have tasted victory just once so far this season – a 1-0 triumph over Tranmere Rovers at the end of August – and have collected just one points from the last available 21 in League Two.

However, Cox is experienced enough to know that things can change very quickly and he will be hoping that victory in Cumbria this evening can be a platform for his side to climb away from trouble.

One To Watch
Ryan Loft has handed Scunthorpe United a boost in recent weeks by returning from a cheek injury which had kept him on the sidelines throughout September.

The former Spurs youngster top scored for The Iron last season, and they will be looking to him to find the goals to fire them away from the base of the table this time around.

Loft has hit the net twice so far this term and he remains one of Scunthorpe’s biggest attacking threats so The Bluebirds will have to keep a close eye on him this evening.

Head To Head
This evening’s game will be the 26th competitive meeting between the two clubs and Scunthorpe have had the better of it historically having won 13 times in comparison to Barrow’s eight triumphs.

However, The Bluebirds have run out 1-0 winners in each of the last two games between the sides, including a Carabao Cup victory at The Dunes Hotel Stadium back in August.

Referee
Ben Toner will be on duty at The Dunes Hotel Stadium for the first time this season when he is the man in the middle for our League Two meeting with Scunthorpe United.

The experienced official has been on the EFL beat since 2015/16 and last oversaw The Bluebirds during our trip to Exeter City on the final day of last season.

Toner’s most recent appointment came in the North East when he watched Hartlepool United overcome Northampton 2-1 in League Two at Victoria Park.

Fans will be able to listen to expert Bluebirds commentator Adam Johnson, who will be joined by John Goodwin to describe all the action as it unfolds against The Iron.

Betting
Barrow have been installed as big 4/7 favourites for the three points tonight, with visitors Scunthorpe United out at 9/2 and the draw priced up at 14/5 with our friends at Sky Bet.


We turn our focus to the weekend with a full and in-depth preview of Rochdale's visit to The Dunes Hotel Stadium.


Take a look at everything you need to know ahead of Tuesday's game with our full and in-depth preview of the Carabao Cup tie at Holker Street. 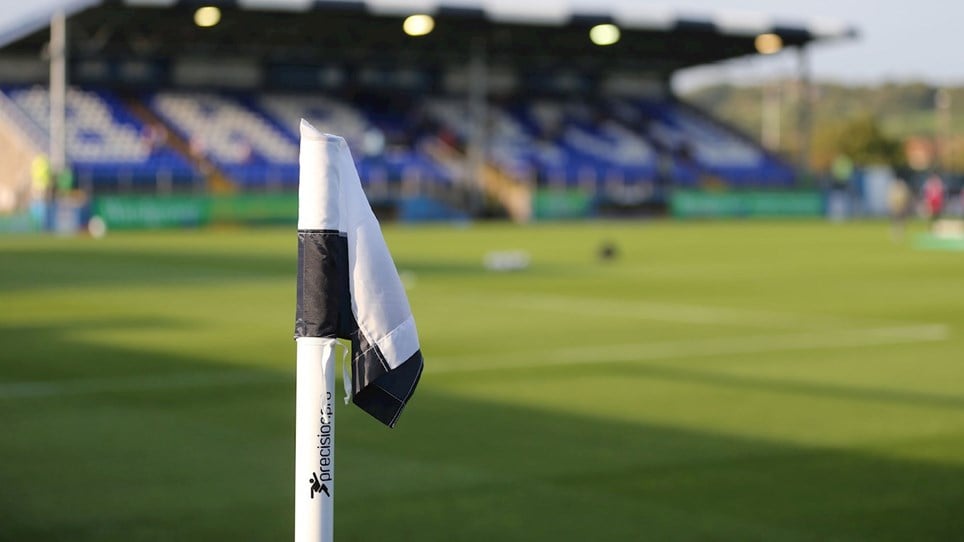