Barrow roared back to form in spectacular fashion on Good Friday as league-leaders Forest Green Rovers were swept aside at The Dunes Hotel Stadium.

It marked Phil Brown’s first victory in charge of The Bluebirds on a remarkable afternoon when Joe Grayson, John Rooney, Matt Platt and Aaron Amadi-Holloway were all on-target in a resounding triumph.

Brown made just one change to his starting eleven as Connor Brown came back into the side after recovering from surgery, while Patrick Brough was fit again and included on the bench.

There were less than five minutes on the clock when Barrow nudged in front. A right-wing corner from Rooney was met by Tom Beadling and dropped invitingly at the back post for Grayson and he rammed in his first goal at home for the Club.

Rovers were stunned but could have been on level terms when Josh March nodded wastefully over from a corner and should have been level when Ebou Adams escaped through the middle only for Paul Farman to stand tall and make a big save.

Rooney then drove forward with possession and, when nobody came to close him down quickly, he curled an effort towards goal which just didn’t come back enough to nestle in the bottom corner of the net.

Dan Sweeney got free at the far post to meet a deep Rovers corner from the left, but his effort was parried clear by Farman as the visitors looked to get into their groove.

But Barrow’s work rate and endeavour was making it difficult and Phil Brown’s men almost doubled their lead on 34 minutes when Rooney lifted a 25-yard free kick over the wall, but it struck the base of the post on its way wide.

However, Rooney – wearing the captain’s armband – was celebrating four minutes later. Josh Kay scampered on to Aaron Amadi-Holloway’s flick-on down the right, teased his defender and then fed a low ball back into Amadi-Holloway who showed great vision to square for Rooney and he gleefully rammed it home from close range.

The Bluebirds were in dreamland eight minutes in to the second half. Rooney swung another ball into the area from a right-wing corner and Platt rose highest to plant a header on goal which the visitors couldn’t keep out on the line as Barrow went 3-0 in front.

Rovers were stunned and made a triple change in a bid to get back into the game; Nicky Cadden came close to pulling one back on 72 minutes when drove inside from the left, but his curling effort was too high.

Robbie Gotts had an opportunity to add further gloss in the final minute of normal time when some lovely football freed him through the middle, but the Rovers defence closed ranks to block his shot away.

And incredibly, from the resultant Rooney corner, Amadi-Holloway planted a firm header beyond Luke McGee to make it 4-0 at the death and complete an astonishing victory for The Bluebirds. 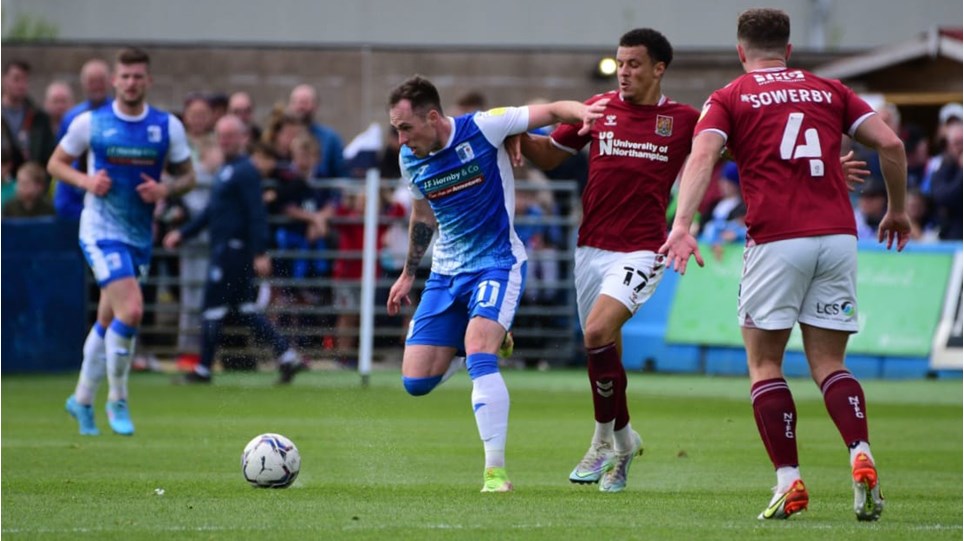 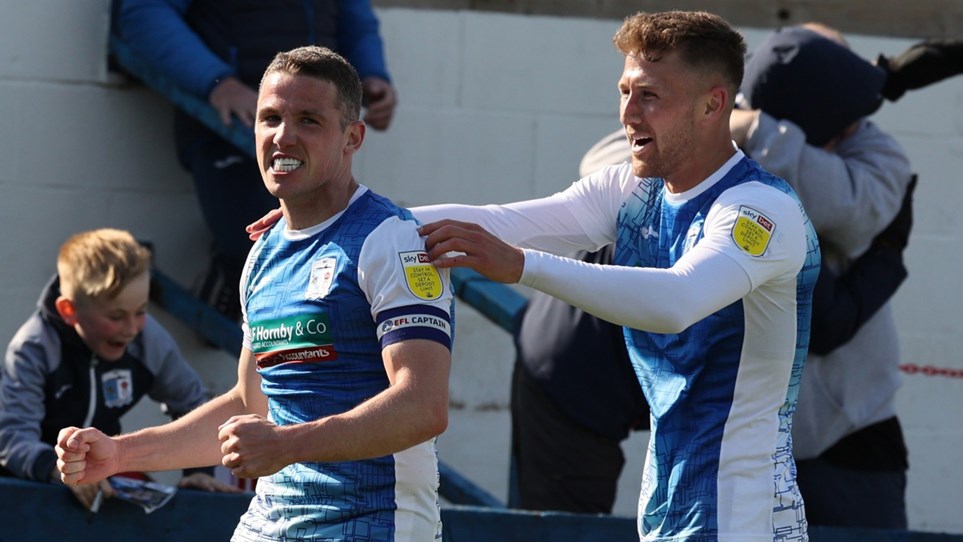 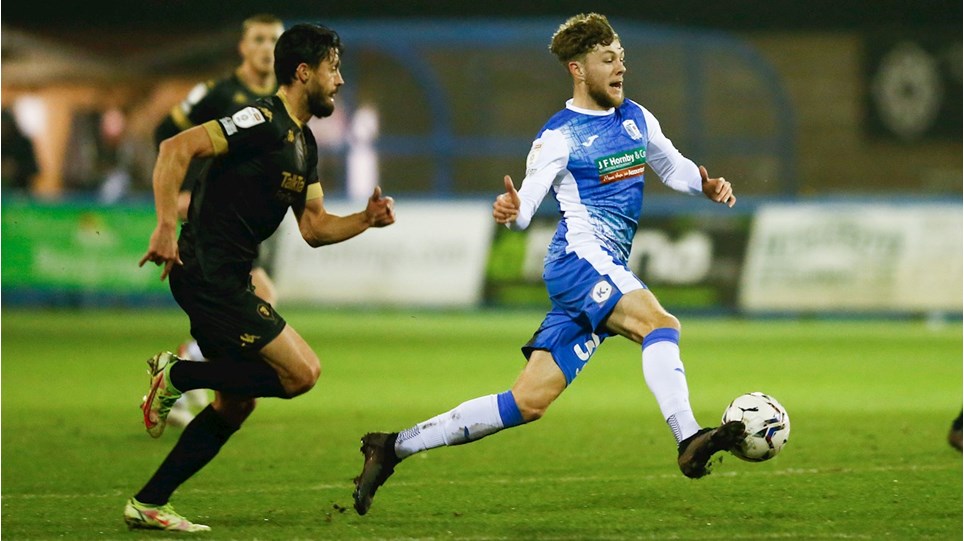 
Barrow slipped to a third successive home defeat as Salford City ran out winners at The Dunes Hotel Stadium for a second season in a row on Tuesday night. 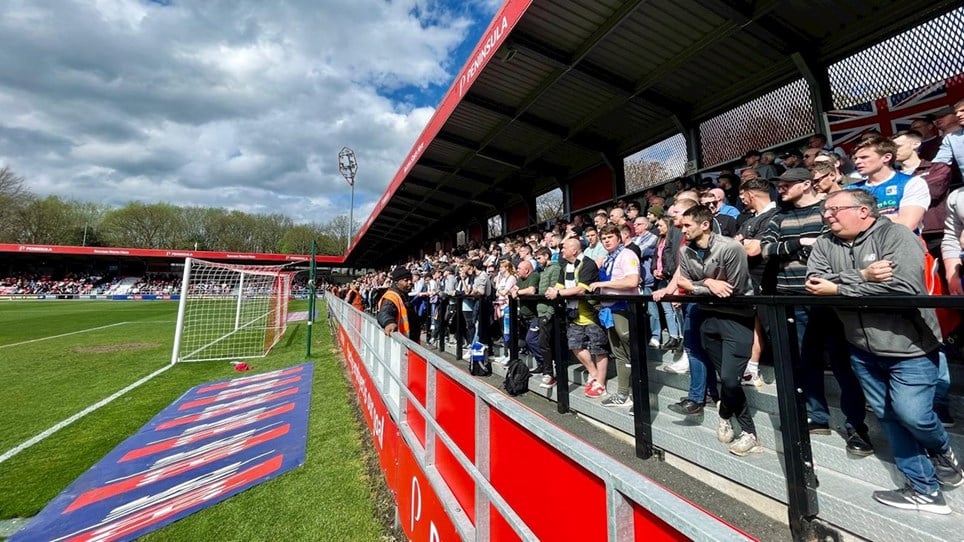 
Barrow collected a precious point but could have had all three after coming from behind to lead at Salford City only to be denied with a minute to go at The Peninsula Stadium.