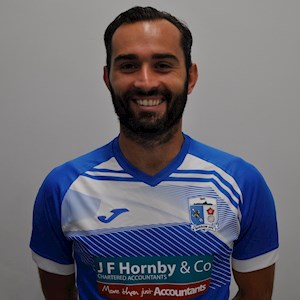 Born in Doncaster, Hird began his senior career with Leeds United as a trainee in 2006 but he was loaned out to Doncaster Rovers in February 2007, making five appearances.

In the summer of 2007, he was released by United and Joined Rovers permanently before gaining further senior experience with a loan spell at Grimsby Town.

The following season he began to establish himself in a Doncaster shirt and he went on to make over 150 appearances for the South Yorkshire outfit before being released in the summer of 2012.

Hird then joined Chesterfield and quickly became a regular for The Spireites, for whom he went on to serve with distinction and make 237 appearances over the next six years.

In 2018 he made a move to Alfreton Town but was snapped up by Barrow at the start of 2019 and went on to become a key member of The Bluebirds title-winning squad.