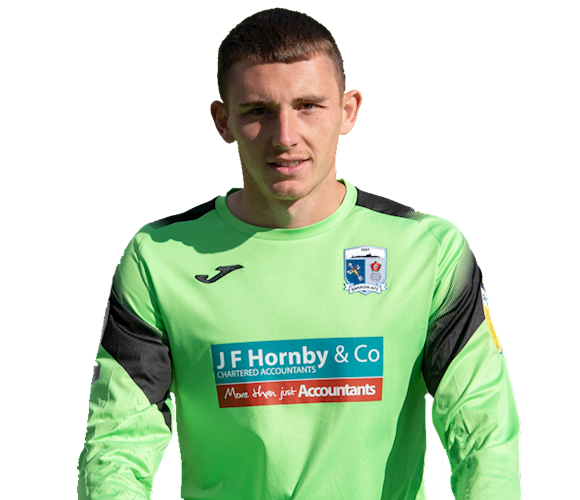 Born in Middlesbrough, Dixon joined their local rivals Sunderland as a youngster and graduated through to a full time deal in 2013.

He spent the early part of the 2013-14 season on loan at Workington in Conference North before being recalled by Sunderland.

Dixon then spent a spell on loan with Hartlepool United in League Two during the early part of the 2014/15 season before a three-month spell on loan in Vanarama North with Boston United.

He joined Gateshead of Vanarama Premier on loan in March 2015 and spent a month with them before he was released by Sunderland in June 2015 and joined Barrow.

He made his debut on the opening day of the season in the 2-1 home win over Dover Athletic and his subsequent form saw him called up for the England C training squad in September 2015.

Dixon tore knee ligaments in the home game with Guiseley in November 2016 and missed the rest of that season but returned to First Team action in September 2017 and has been first choice since November 2018.

He proved to be a key member of the squad as Barrow claimed promotion in 2019/20 with the National League title.