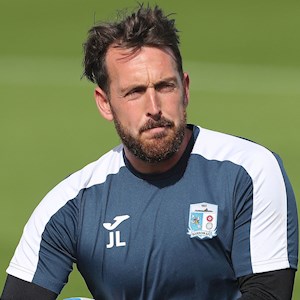 Lillis joined Barrow in the summer of 2020 as Player/Goalkeeper Coach following his release from Rochdale.

The experienced shot-stopper holds Dale’s appearance record for a goalkeeper and also boasts their clean sheet record after playing over 350 games during a successful eight-year spell at Spotland.

Lillis, the son of former keeper Mark, came through the ranks at Scunthorpe united and went on to make his senior debut for The Iron in a game at Millwall in December 2006.

He build up First Team experience with loan spells at Notts County, Grimsby Town and two temporary switches to Rochdale before making a permanent Dale move in 2012.

Lillis was released by Rochdale a the end of the 2019/20 campaign and Bluebirds boss David Dunn quickly made his move to bring him to The Progression Solicitors Stadium.