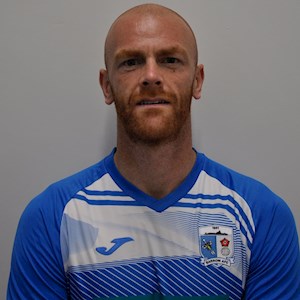 Born in Droylsden, Jason began his career with Oldham Athletic and was awarded a senior contract in 2005.

He didn’t make a First Team breakthrough but did gain experience on loan at Stocport County and he made that move to Edgeley Park permanent in August 2006.

Taylor made over 100 appearances for The Hatters before moving on to Rotherham United and then spent the entire 2009/10 campaign on loan at Rochdale.

After returning to Rotherham to make nearly 150 appearances over the next three years before joining Cheltenham Town and then Northampton Town.

Taylor gained experience in the National League with spells on the books at Eastleigh and AFC Fylde before agreeing a move to Barrow in the summer of 2018.

The experienced midfielder scooped a host of awards for his performances during his debut campaign for The Bluebirds and went on to play an influential role in his second season as Barrow won the National League title.