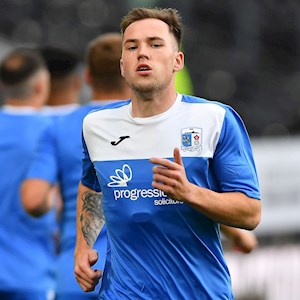 Born in Blackpool, Kay began his career with Squires Gate before joining the AFC Fylde set-up.

He made a single First Team appearance for The Coasters before joining Barnsley for an undisclosed fee in February 2016.

However, Kay was only to make one Championship appearance for The Tykes, whilst taking in loan spells back at AFC Fylde and with Tranmere Rovers.

In January 2018 he was snapped up by Chesterfield on a short-term deal before he then clinched a move to Barrow in the summer of the same year.