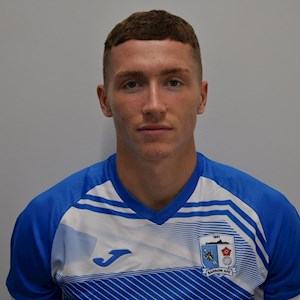 Born in Bolton, Lewis joined Blackburn Rovers’ youth set up at a very early age and signed his first deal with the club in 2015 before being loaned out to Salford City, where he spent three months.

Hardcastle was then a regular in the Blackburn Rovers Development Team and made three senior appearances for them in the EFL Cup during the 2016/17 season.

The midfield star then gained further First Team experience with a loan spell at Port Vale before being loaned to Barrow – and he made that move to Cumbria permanent in February 2019.

Hardcastle was a key member of the Bluebirds National League title-winning squad.