Offrande Zanzala’s goal was not enough to prevent Barrow from falling to defeat to Fleetwood Town in the Papa John’s Trophy at The Dunes Hotel Stadium on Tuesday night.

The front man’s instinctive finish had the hosts in front in the first half, but Simon Grayson’s visitors were transformed after the break and scored three goals to secure their progress in the competition and confirm The Bluebirds would not make it out of the group stages.

A blustery night made football difficult, but Mark Cooper’s men did their best and could have stolen in front inside three minutes when Zanzala tried to muscle his way through but was just held off by the visiting defence.

The first real moment of quality arrived on 14 minutes when Josh Kay drove forward with possession and fed Festus Arthur on the right who delivered a first-time cross on to the head of George Williams but his effort flashed wide of the far post.

At the other end, Ryan Edmondson could have grabbed a goal for The Cod Army when he attempted to get on the end of a low ball across goal but couldn’t quite stretch enough to divert it home.

The Bluebirds continued to look the greater threat though and another well-constructed move down the left saw the ball worked inside to Williams and he teed up Robbie Gotts only for the midfielder’s low drive to be held by keeper Billy Crellin.

Crellin made an even more impressive save moments later when Zanzala bullied his way into a shooting position on the edge of the box and hammered a low shot on goal which was brilliantly palmed around the post by the visiting keeper.

Kay was next to test Crellin after some great work down the left from Patrick Brough, while The Bluebirds were thankful to Josh Lillis at the other end after he showed great alertness to deny Max McMillan after the Town man seized on a short back pass.

The opening goal arrived on 28 minutes and it was Barrow who grabbed it. Williams slipped a wonderful ball in behind the Fleetwood defence to Zanzala and he got there ahead of Crellin to prod it beyond the keeper for 1-0.

The lead last until three minutes after the break when the visitors got back on level terms in spectacular fashion as Jay Matete unloaded from 25 yards and the ball flew past Lillis into the top cornet of the net to level things up.

Town’s second half improvement was underlined on 55 minutes when a ball was swung into the Barrow penalty area from the left and Edmondson reacted quickest to fire past Lillis and give the visitors the lead.

Midway through the second period the visitors grabbed their third. This time Edmondson was the provider as he stormed clear down the right before intelligently squaring the ball for McMillan to sweep home a debut goal.

It became ever untidier from then on, the headline coming in injury time when young goalkeeper Scott Moloney was introduced as an outfield substitute – though he didn’t have too much time to make his mark at Barrow bowed out with a group game to play.

Mark Cooper’s men return to action when they continue their campaign in the competition on Tuesday having picked up a point in their first group fixture at Accrington Stanley last month.

The Bluebirds are in strong form at the moment and will be keen to add further momentum when they welcome rivals Fleetwood to Cumbria – so get set for another entertaining encounter!

We’ve cut ticket prices down to just £10 for adults and £5 for concessions for this fixture so if you want a midweek fix of football then why not come along to The Dunes Hotel Stadium?

Tickets aren't available on the turnstiles but they are still available prior to kick-off from the Ticket Office at Main Reception (card payment only) and from the Fan Zone Ticket Booth (cash and card). 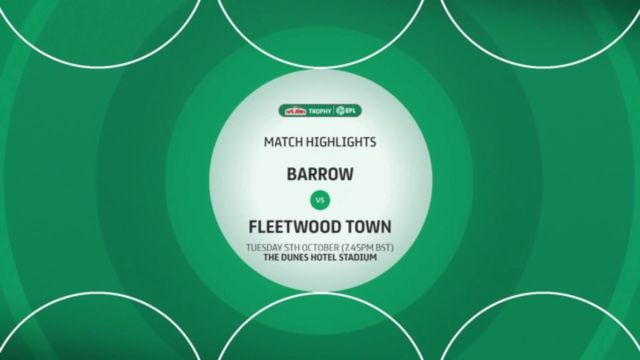 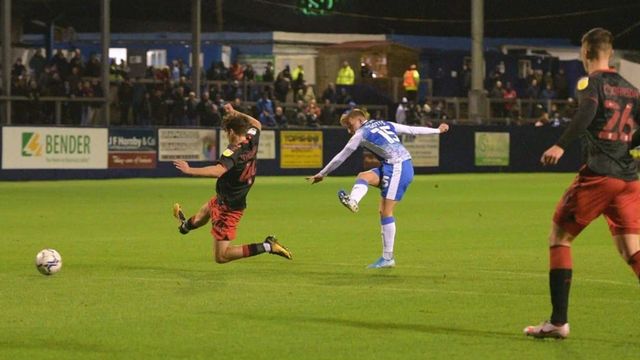